The new LTS version of the Well known Debian based Linux distribution arrives with some interesting feature updates. Ubuntu 20.04 LTS (Focal Fossa), the latest Long-Term Support (LTS) version of Ubuntu was released on 23 April 2020 for both Desktop and Server. The older LTS version was Ubuntu 18.04 (Bionic Beaver) released on 26 April 2018.

In this article, you will find the top new features of Ubuntu 20.04 LTS and also find the download links for the ISO images of both Desktop and Server. So let get started with some information about the latest version of Ubuntu.

As we all already know the release and support cycle of Ubuntu LTS versions, the Ubuntu 20.04 LTS will get the support until April 2025. The previous LTS version was released in 2018 which will get the updates and support till 2023. All Long-Term Support versions will get Updates and Support till 5 years of there release. Below is the infographic for the release cycle of Ubuntu LTS Versions.

The word ‘Focal‘ in its codename is means as the ‘center‘ or the ‘most important part‘ of something and the other word ‘Fossa‘ means to a cat-like animal from Madagascar, which is related to the mongoose family.

There are few big changes in this release of Ubuntu with many small improvements in the system. Changes in kernel version and appearance are one of the few big changes which will affect most when using Ubuntu. In the below segment we will discuss the top new features or changes that come with Ubuntu 20.04 Focal Fossa.

Canonical will also provide security updates and bug fixes for the kernel in the cycle of every three weeks. To ensure the stability and security with the enhanced user experience.

This release of kernel version improves the boot time by 3 seconds and ssh service will available in 6 seconds which will definitely enhance the overall user experience.

The latest kernel 5.4 comes with some interesting features like kernel lockdown mode, Virtio-fs, and fs-verity. These features will provide grater low-level security and some improvements in the overall performance of virtualization and the I/O operations.

How find the kernel version of Ubuntu?

In the above result, 5.4 is the kernel version of the Ubuntu installation.

This is really great news for Python Users that the default version of Python in Ubuntu is now 3.8. The Python 2 is removed from the main repository and moved to the Universe repo.

Related Article: How to install Python 3.8 in Older version of Ubuntu.

Changes in Appearance of Ubuntu Desktop

Ubuntu 20.04 LTS comes with some great appearance updates including the most awaited Dark Mode. Let’s get started with the new boot screen of Focal Fossa.

Focal Fossa comes with the new boot screen which shows the OEM logo during system boot. Here is an example image of the boot screen.

When booting is completed and you get to the login screen you will notice some changes in the login screen. A very nice center-aligned user pod and password field are looking really Focal (center focused).

The new System GTK, Icon, and shell theme named Yaru is the default theme for Ubuntu 20.04 LTS Desktop. Its color combination is different from the traditional Orange color of all the previous releases.

Finally the trending feature of these days the Dark Mode is available by default in this Ubuntu release. A light theme also provided along with the Dark and Standard theme.

Some minor changes are made in the GNOME app menu. The icons are slightly smooth in design. You can see the change in the below image.

So finally, if you want to try the new Ubuntu Focal Fossa, you can download the ISO using the below official website links for both Ubuntu Desktop and Server. Both the images are for 64-bit architecture.

The LTS versions of Ubuntu are never disappointed the users. This Latest LTS Version of Ubuntu is definitely going to provide a great experience to its users. 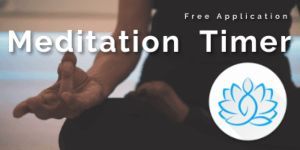