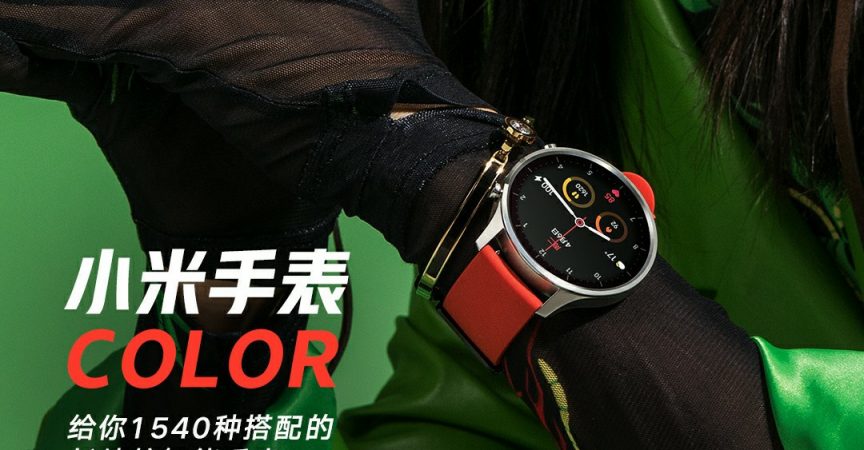 After the successful release of its first MI watch in November with Xiaomi is ready to launch its second watch named COLOR. It is scheduled to be released on 3 January in China. Not Much of core specifications were known but they will as it goes on sale on 3 of January.

As of now, the particulars and pricing were not available Xiaomi MI COLOR watch, According to rumors it will be a competition to Huami Amazfit GTR so at least it will be having a circular display with about 454 x 454-pixel resolution and 1.39 inch diagonal. It will be having features like heart rate monitor, accelerometer,  pedometer(fitness and step counter), sleep movement monitoring, Xiaomi assistant, answering calls, pushing messages, and QR code payment and barometer. It will be swim compatible as it will be water-resistant up to 5 atm with a long battery life.

As its name, Xiaomi MI COLOR watch suggests it will be available with multiple dial options as well as multiple band colors and designs which will be its ultimate selling feature. These details are available as per Xiaomi’s official teaser and banner pictures. Teaser also suggests that it will well run between casual and formal as well as a sporty lifestyle. It will be having MIUI-skinned on Google’s Wear OS.

We will update you as soon as we get an update about core features and pricing.